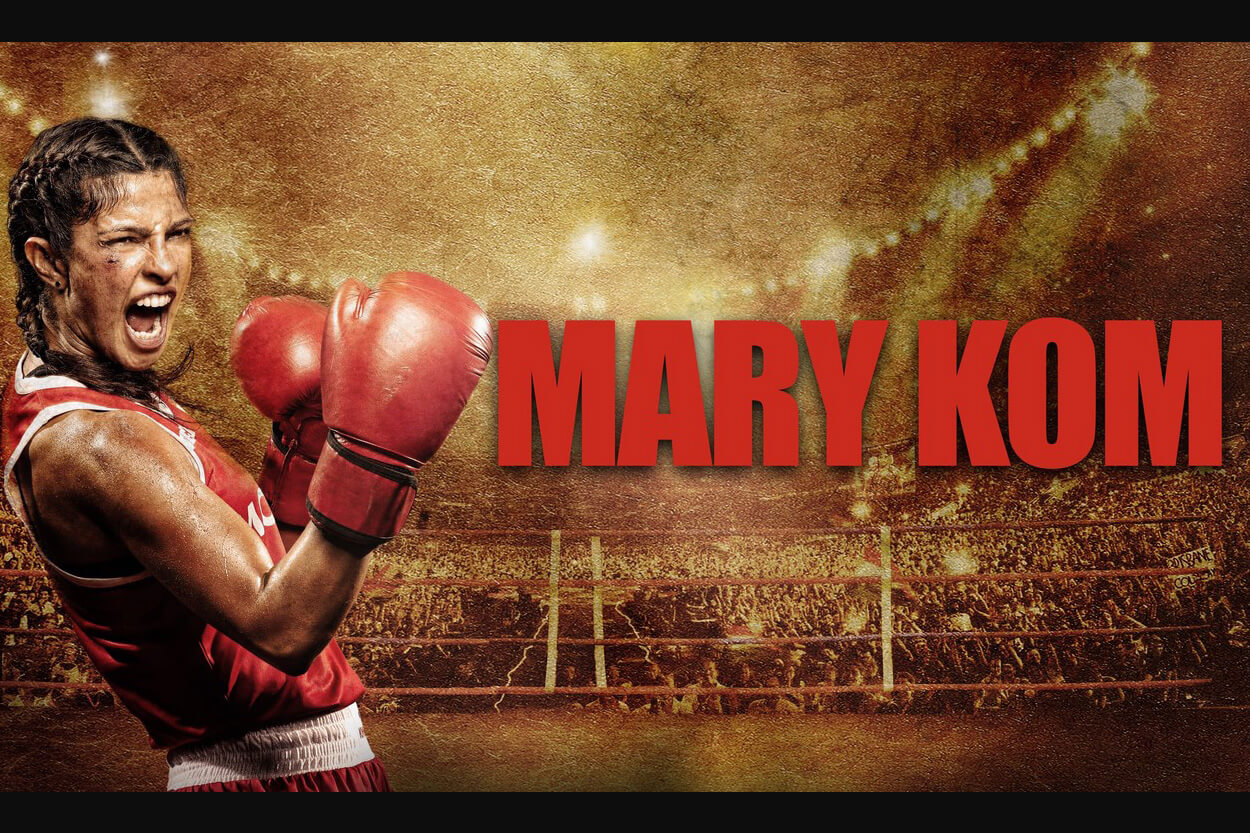 The year’s biggest and most awaited biopic releases this Friday. Mary Kom, starring Priyanka Chopra, is sure to have packed cinema halls, thanks to the following seven reasons!

1. Priyanka Chopra’s Boxer Avatar
Priyanka has gone through rigorous training to look the part! A thorough professional as she famously is, the talented actress has attained an athletic body for her role. The powerhouse performer, essaying the role of India’s ace boxer Mary Kom in the film, has real cut marks under her eyes, as seen in the promos.

2. Tribute To Mary Kom
It is always a great cinematic experience to watch an inspirational life story on the big screens. Mary Kom revolves around the journey of the five-time world boxing champion. From her childhood to her struggles to her love life – the film covers it all.

3. First Female Biopic
We have seen biopics on famous Indian male personalities, namely Bhaag Milkha Bhaag and Paan Singh Tomar. Mary Kom is the first ever biopic made on a renowned Indian female.

4. The Bald Priyanka Chopra
In one sequence in the film’s trailer, we see a bald Priyanka. The scene created huge waves in cine-circles for PC’s never-seen-before, bold look, soon after the trailer released.

5. Melodious Soundtrack
Mary Kom has a soulful soundtrack. If Vishal Dadlani’s Dil Ye Ziddi Hai motivates and inspires us, Arjit Singh’s romantic track Sukoon Mila sends us into raptures. Sunidhi Chauhan’s Adhure and Mohit Chauhan’s Teri Baazi too cast a spell on us. Vishal Dadlani and Salim Merchant’s Salaam India is a beautiful treat to the ears. What’s more, film’s leading lady, Priyanka, too has lent her voice to a Lori number, Chaoro!

6. Sports Action Direction By Rob Miller
ReelSports’ Rob Miller has directed the sports action sequences of Bollywood biggies Chak De! India and Bhaag Milkha Bhaag. As seen in the trailers of Mary Kom, Miller has done a brilliant job in this film also.

7. Releasing On National Holiday
Since the film opens in theatres on Teacher’s Day, which is a national holiday, packed cinema halls are guaranteed.