In the News
THE STARTING FIVE: HOLLYWOOD'S BEST BASKETBALL MOVIES 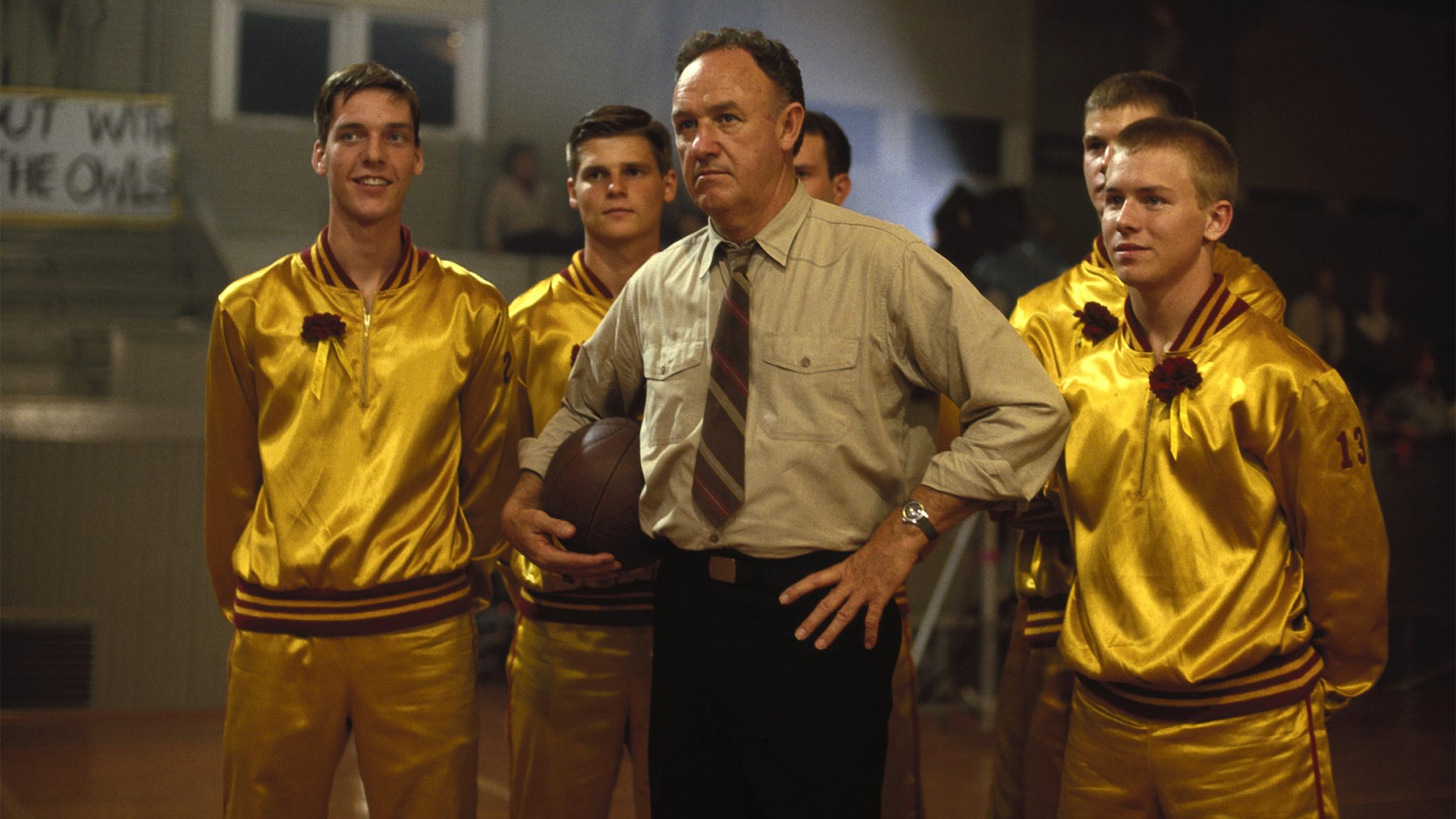 With basketball now in play for both college and the pros (as much as the pandemic will allow) and the race for the Oscars soon to be in full court press as well, here’s a look at Tinseltown’s top titles when it comes to hoops cinema.

First, however, it must be stated that out-side of a pair of silent films (“High School Hero” and “The Fair Co-Ed”) and a couple of Harlem Globetrotters pictures in the 1950s, unlike other sports, especially baseball and boxing, it really wasn’t until the 1970s that basketball movies were produced in any number.

So, what makes a good Roundball feature film?

Whether it is a comedy, drama or a biopic that mightcombineboth,certainuniversalfilmreview criteria need to be considered which include originality of the story and its execution; pro- duction values; plausibility; predictability; per- formances and re-watchability among others.

Additionally, as basketball has exploded in popularity and is now at the core of our sports- crazed 24/7 society, the rise of hoop films faces an increased challenge for cinematic success: authenticity. For the more sophisticated fan today demands verisimilitude.

As someone who’s honed a keen critical eye by screening hundreds of films, Charlie Tabesh, the Senior Vice President for Pro- gramming and Content Strategy for Turner Classic Movies (TCM), concurs on the impor- tance of believable sports action.

“I like the same things in sports movies that I do in any movie: good writing, a com- pelling story, and themes that transcend the setting, even if that happens to be in the world of sports (which I love),” said the veteran film executive. “However, being a sports fan, I do appreciate some degree of realism and if I see something that doesn’t quite make sense to me, it definitely has an impact on my enjoyment of the film.”

Ultimately, however, even if you have the best filmmakers who get the action sequences right, it’s worth repeating that it still comes down to what makes a movie in any genre successful: story. One peopled with compelling characters.

Now before we dim the arena and start the light show in presenting The Starting Five, there are a few others that should be acknowledged:

And now…. (in no particular order) The Starting Five: Hollywood’s Best Basketball Movies.

You really can’t say that the filmmakers of “Hoosiers” were an odd couple. Classmates at Indiana University, writer Angelo Pizzo and director David Anspaugh shared enough cinematic visions to team up for three sports films “Hoosiers”, “Rudy” and “The Game of Their Lives”. Inspired by the real-life 1954 Milan, Indiana championship team, “Hoosiers” features a coach with a checkered past (Gene Hack- man as Norman Dale) who gets an assist from a local drunk (Dennis Hopper earning a Best Supporting Actor Oscar nomination as Shooter) in taking a rag-tag, small-town Indi- ana high school basketball team to become a top contender for the state championship.

Once a formidable college basketball coach, soon after arriving in Hickory to start his new job teaching and coaching the high school bas- ketball team, an opportunity provided by the school’s principal, Cletus (Sheb Wooley), an old friend, Dale is surrounded by trouble.

His “My way or the highway” approach offends not only several key returning players, but also the local residents who are used to hav- ing input. It also doesn’t help when the team’s best player, Jimmy Chitwood (Maris Valainis), refuses to play for him because of his devotion to the enduring memory of Norman’s predecessor.

On top of that, a teacher, Myra Fleener (Bar- bara Hershey), who is also acting principal as Cletus becomes quite ill, is very protective of Jimmy. She is therefore wary of Coach Dale. She tells him a man his age comes to a place like this only if he’s running from something or has no place to go.

Down another key player (Buddy Walker (Brad Long) gets out of line at the first practice and is told to leave), Dale wonders what he got into after the first few games are embarrassing defeats, but eventually through the ups and downs of a season on their way to an historic year in a true David versus Goliath fashion.

One can rightfully talk about the fine performances of Hackman and Hopper, and how the film launched or furthered many of the sports movie cliches like redemption, misfits, underdog team, second chances and win- ning the big game that have found success in countless films that followed, but where Hoosiers really excels is the filmmakers’ gift for providing the audience with a real sense of a specific time and place.

From the dialogue of the men gathered at the barber shop, to the change of seasons on display, and their living and dying with their high school team’s performance from week to week, “Hoosiers” provides an authentic land- scape for its characters and simply conveys what the indoor game means to the locals during the isolation of the winter season. Packed crowds even for pep rallies, the town shutting down as they caravan for a road game, and town hall meetings to conduct business about a basketball coach’s performance, the picture is rich in detail and texture.

From the location manager, costume designer, art and set decorators, production designer and even the music (Jerry Goldsmith earned an Oscar nomination for his Original Score) this was a real team effort behind the camera that delivers a genuine feel as if the filmmakers went back in time and made a home movie of their roots.

And ironically this was achieved despite some poignant scenes cut by the studio.

“There was a beautiful harvest scene to show what the people in this town did, their liveli- hood. How they came together harvesting and the celebration that gave it context,” said Pizzo.

“It’s a classic underdog story. The filmmakers did such a fantastic job of capturing the 1950’s nature of the sport along with the culture of basketball in the state of Indiana,” said ReelSports’ Rob Miller. “And not only does the movie achieve a high level of authenticity it effectively uses the sports action to advance the story points. Hoosiers actually helped create the formula for many sports movies that followed.”

TCM’s Charlie Tabesh exemplifies that even though fans know the endings of underdog stories, if they’re done right, the movie always seem to find an audience.

“While it’s super predictable, many of the characters are two-dimensional, and we’ve seen similar stories in other sports numerous times, it was still entertaining all the way through,” said Tabesh. “I was emotionally invested the entire time as I rooted for the coach and the kids even though I knew what was coming. And Gene Hackman is always great.”

And there you have it, The Greats of Basketball Cinema.

This article was first published in FXQ Magazine. To read the full story go to