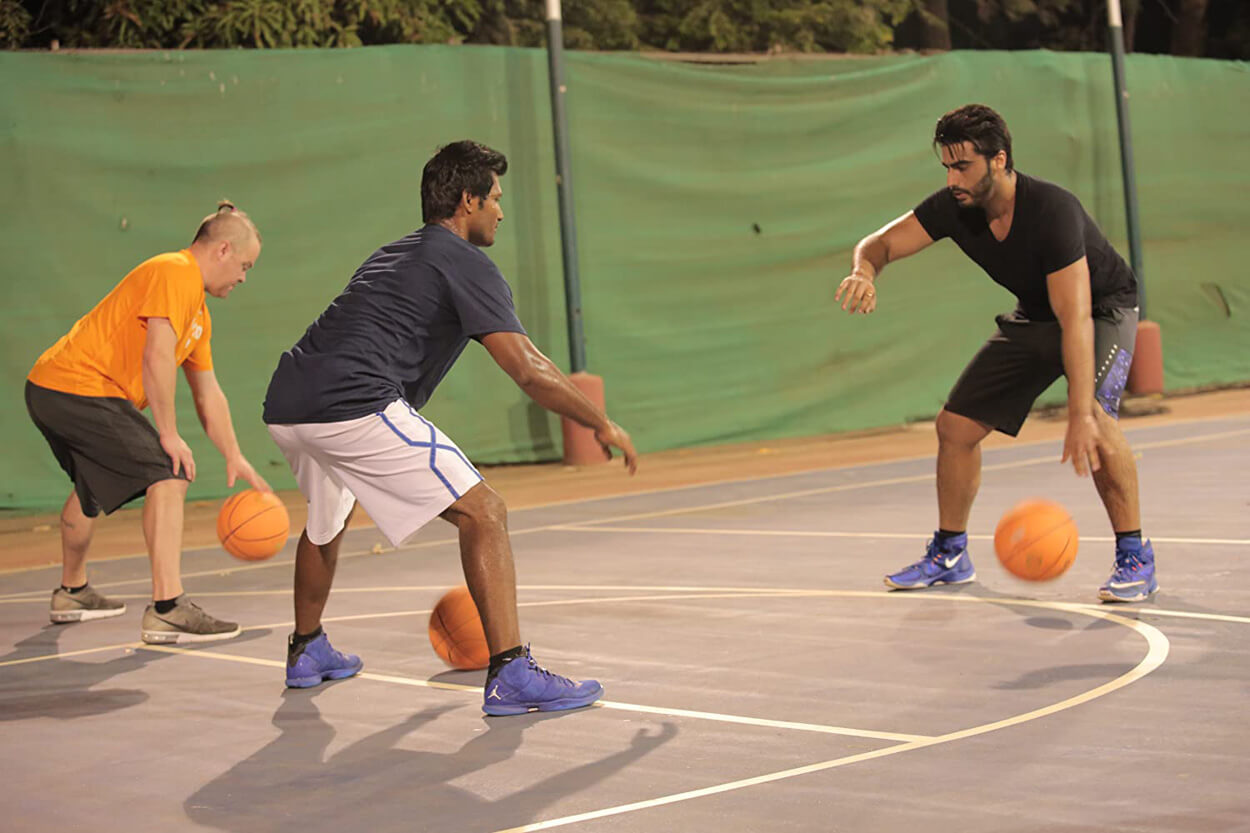 Arjun Kapoor will be soon seen in Mohit Suri’s Half Girlfriend in which he plays the character of Madhav Jha who isn’t fluent in English but is a kickass basketball player. So, to make the character look authentic and the game look fluid, Arjun Kapoor trained day and night to learn all the nuances of the sport.

In a few minutes clip released by Arjun Kapoor, he talks about how he got the game right. He credited it to his ReelSports' coaches and the ones from the NBA (National Basketball Association) who trained him for months to get the proper technicalities of the game. Arjun Kapoor wrote, “Time, effort, hardwork, motivation & the will to learn, my first step in bringing Madhav Jha to life #HalfGirlfriendBasketballDiaries.”  https://youtu.be/Nwen4ACAWxY

In the video, one can witness Arjun Kapoor sweating it out on the basketball court to learn every move of the game. He also got to do a slam dunk. He said, “Since Madhav Jha in the book Half Girlfriend is a very good Basketball player so the game plays an integral part in the film so we wanted it to be fluid.”

Arjun Kapoor further added how director Mohit Suri wanted the basketball scenes to look like as it is the integral part of their story.  Arjun said, “Mohit also was very clear that he wants to shoot it correct, the rules, the regulations, the way we shoot and the way we dribble. So we had fantastic coaches from the USA. People who were involved with us were from a very high level of the game.”

Talking about his hectic training and rigorous work schedule, Arjun Kapoor further added, “I used to practice twice a day. Once 6am in the morning and then evening from 7-8pm. We used to go through the same drills. So when you do the same thing for forty days, it becomes your habit, your second nature.”

Directed by Mohit Suri, Half Girlfriend is based on Chetan Bhagat’s novel by the same name. It stars Arjun Kapoor and Shraddha Kapoor in the lead and is slated to release on May 19.