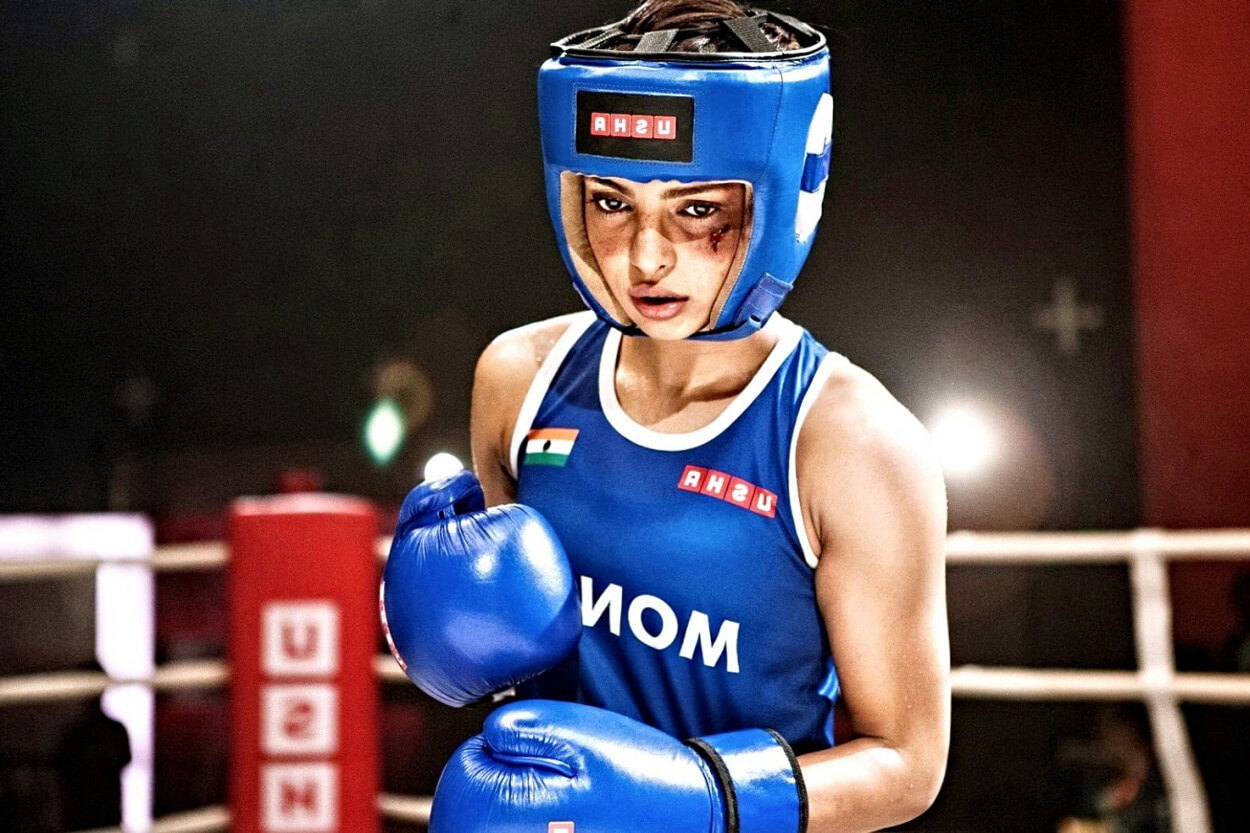 Priyanka Chopra’s upcoming Mary Kom is making waves before its release. The trailer of the movie is hugely appreciated by the audience and well as critics. Priyanka Chopra’s biopic is the talk of B-town these days. Fans await the movie desperately and here we present to you the Top 10 reasons to watch Mary Kom.

1. Tribute to Mary Kom : Biopic Mary Kom is based on the life of 5 time World Boxer Champion Mary Kom who hails from Manipur, India. From Mary Kom’s childhood days to her boxer training , to falling in love, getting married and juggling life between marriage and career this film has it all!

2. Priyanka Chopra as a boxer : To play Mary Kom onscreen, the national award winner of Fashion(2008), Priyanka Chopra was chosen and going by the trailer of the biopic, Priyanka has worked out pretty hard to look like a boxer. She has also captured the Manipuri accent beautifully in the biopic.

3. Excellent Songs : The songs of Mary Kom have already become a rage among the audiences. The inspiring motivational song ‘Dil Ye Ziddi Hai‘ by Vishal Dadlani, to the romantic Arjit Singh’s Sukoon Mila, to the soft Sunidhi’s Adhure, to the awesome combo of Salim Merchant- Vishal Dadlani’s Salaam India, the music album is already in the chart busters.

4. Tax-free in Maharashtra, Gujarat and Uttar Pradesh : The biopic has been declared tax-free in few states of India, as CM of the states feel Mary Kom will be quite an inspirational film for the women of the nation.

5. Priyanka’s bald look : The beauty has gone bald for a particular scene in the movie, as shown in the trailer. Although it came as a shock for her fans, later PeeCee admitted it was makeup.

6. Debut of actor Darshan Kumar : Darshan Kumar will mark his debut with Mary Kom. He will play Priyanka’s onscreen husband and he has also claimed he has got quite a meaty role hence no chance of being overshadowed by Priyanka.

7. Debut of director Omung Kumar : Set-designer of various reality shows of Colors TV channel turned director with biopic Mary Kom. He was truly amazed reading Mary Kom’s achievements on Google and he decided to make her life as a biopic.

9. Real cut marks under Priyanka’s eyes : The cut marks seen under PeeCee’s eyes in the trailer, are real. However, to make it look even more realistic, a touch of make up was applied.

We are definitely waiting for the power packed performance of Priyanka in Mary Kom, are you ? Share with us your thoughts!

This article was first published in Blog To Bollywood (31 August 2014).
Original story