In the News
TAKING HER TALENTS TO INDIA 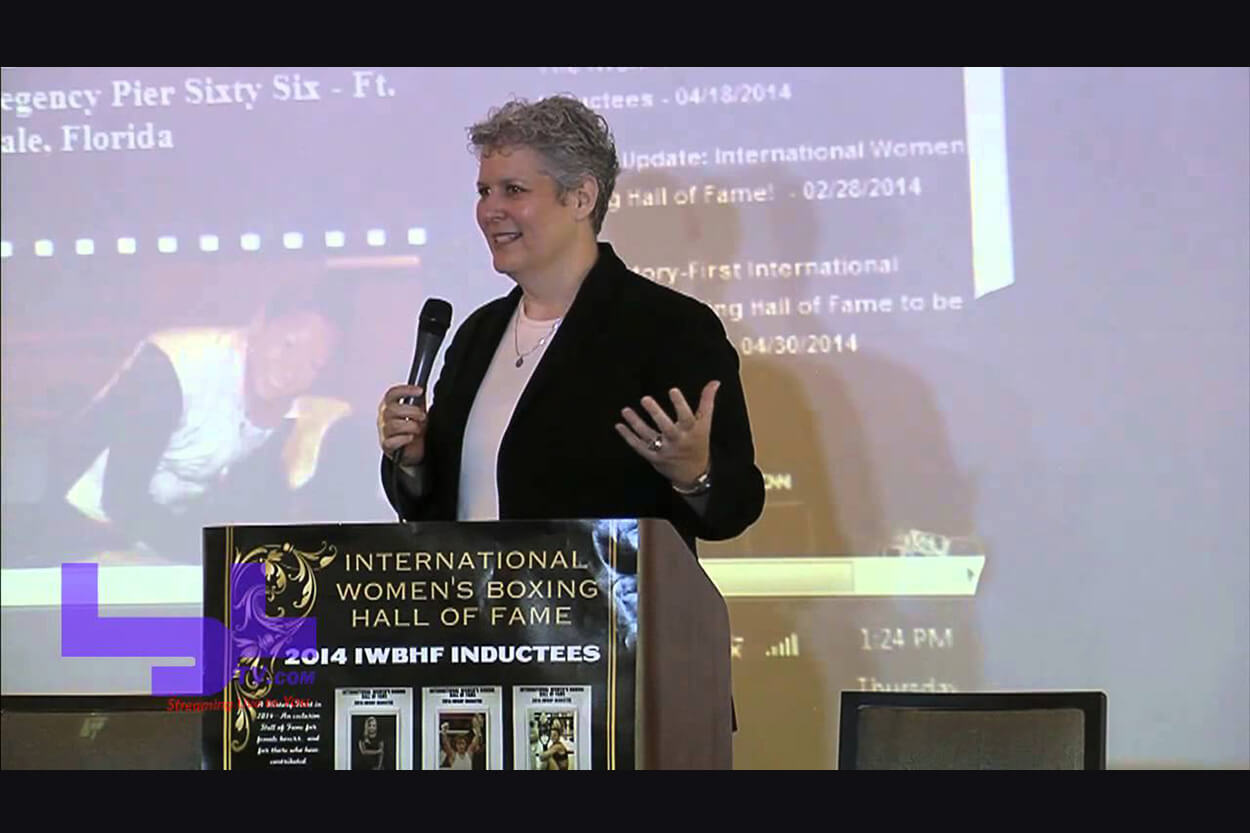 When girls are granted the freedom to box, the world becomes a better place

The movie director Omung Kumar made Ms Halbert responsible for helping with the choreography, and she also worked as a coach for the leading actress Priyanka Chopra and her opponent in the film.

AIBA caught up with the acclaimed coach to find out more about her role within the film, and her thoughts on the boxing world at the moment.

Ms Halbert, it must have been an excellent experience to enter the Bollywood world. What was your reaction when you were offered the chance to be a part of the “Mary Kom” film?

"I was hired by ReelSports' CEO Rob Miller, an experienced sports-action director. He's worked in Bollywood a lot. When he called me, I was thrilled because I have experience in film and video production, and I've enjoyed that work. Plus, I am very familiar with Mary as I've always appreciated that she has used her celebrity status to talk about the rights of girls and women in her home country."

Could you tell us a little bit about the plot of Mary Kom movie and her inspiring boxing journey?

"The movie shows Mary in the finals of three World Championship matches, 2002 (Antalya, Turkey), 2006 (New Delhi, India), and 2008 (Ningbo, China). In the movie the opponents are changed. For example, the two bouts from 2006 and 2008 are against Sasha, Mary's German rival, who was played by Lisa Porter, an accomplished boxer from California, USA.

"I remember Mary from the 2001 World Championships in Scranton, Pennsylvania, USA. She won Silver at 48kg and I was the head coach for Team USA. I remember thinking that she could have a long career in the sport, so it was really great to see her represent India at 51kg at the 2012 Olympic Games. The only other boxer to medal in the first World Championships, and then make it to the first Olympic Games in London was Anna Laurell from Sweden at 75kg."

How did you enjoy working with Priyanka Chopra who took on the role of Mary Kom? Was it hard to make a Bollywood star move like a legendary boxer?

"The World Championship matches were the first action sequences to be filmed. Working with Priyanka Chopra was great. She picked up on choreography quickly because of her dance background and her enthusiasm for the story. She cared about the boxing.

"Priyanka is taller than Mary, so we made a few adjustments in punch selection and movements around the ring. Omung Kumar, the director, wanted the boxing to be dramatic in ways that a non-boxing audience could understand, and I think he and Priyanka accomplished that well."

Do you think this film will inspire women to take up boxing?

"The story, the action and the scenery all work together to make an inspirational story even more inspiring. In the U.S. people are responding well, including youth. This movie cuts across age and gender. It is a boxing movie, but its messages are applicable to much more than boxing.

"Hopefully the movie will inspire girls and women to pick up gloves. Seeing a woman boxing on the screen helps people see the possibilities for their future, and Mary Kom is a role model for youth in India and beyond."

Let’s focus on the sport of boxing itself - how do you perceive where women’s boxing is at the moment?

"Women's boxing has changed a lot since the first World Championships in 2001. Now there are many more countries supporting women boxers, there are many more tournaments taking place. The response at the London Olympic Games was all positive, and response by fans and the media exceeded all expectations.

Are you looking forward for the upcoming AIBA Women’s World Championships in November? How different you think it might be from the previous one?

"This year's World Championships is exciting because it's a non-Olympic year, so many boxers will be competing in their true weight category. The talent will be broad, and we'll see more depth across each category. This will be the first glimpse of boxers that we'll see in Rio 2016."

Finally, congratulations on your induction into the International Women's Boxing Hall of Fame (IWBHF) - what did that mean for you?

"I'm honoured to be included in the inaugural class of the International Women's Boxing Hall of Fame. I was surrounded by so many accomplished professional boxers, all of whom, like me, became professional without benefit of amateur careers. Now, thankfully, things are different. We now live in a world where girls and women can box in national programs, Continental Championships, World Championships, and the Olympic Games. When girls and women are granted the freedom to box, the world becomes a better place, we are better people."

Dr. Christy Halbert, popularly referred to as ‘Coach Christy’, is an exceptional example of dedication, perseverance and achievement in boxing coaching.

In 2013, she reached elite status and stands as the only woman boxing coach ever to achieve the position of AIBA 3 Star Coach and AIBA Coach Instructor.

She has always been a vocal advocate of women boxing, a figurehead who promoted the inclusion of the sport in the Olympic Games program.

In 2014, in honour of her unparalleled achievements and tireless contribution to the sport of boxing, she was selected as part of the inaugural class inducted into the International Women’s Boxing Hall of Fame.